It's really about minimalism

We invited Pranav Sachdev, to tell us about his journey as the founder of Glyph, a startup in retail space with an unusual credo – minimalism. You can hear it on our podcast:

Here are some of the highlights of our conversation:

You built a startup around a minimalist approach to life, with a uniquely designed shoe. Is that a good way to describe Glyph?

Glyph is a direct to consumer shoe company. It’s really about minimalism. I was a minimalist for my entire life and kind of got that mentality from my grandfather, who was one of the happiest guys I knew and owned very few things and would teach me that life in not about the things you own. I think he was right. And so I’ve always had that mentality. You know, when I was in grad school at Cornell, I was in a small apartment and I had roommates. The shoe rack was always overflowing. I got very obsessed with this idea of owning just one pair of shoes. We started talking to our friends and that gave us the confidence to get started. We spent six months on the ground in factory towns in China using this really cool digital knitting technology and playing with it. That was two and a half years ago.

Before Glyph, I’ve kind of gone through the traditional corp gamut of corporate jobs. I worked in investment bank JP Morgan, and I did Strategy Consulting and later helped consult on the Facebook bidding ad platform. 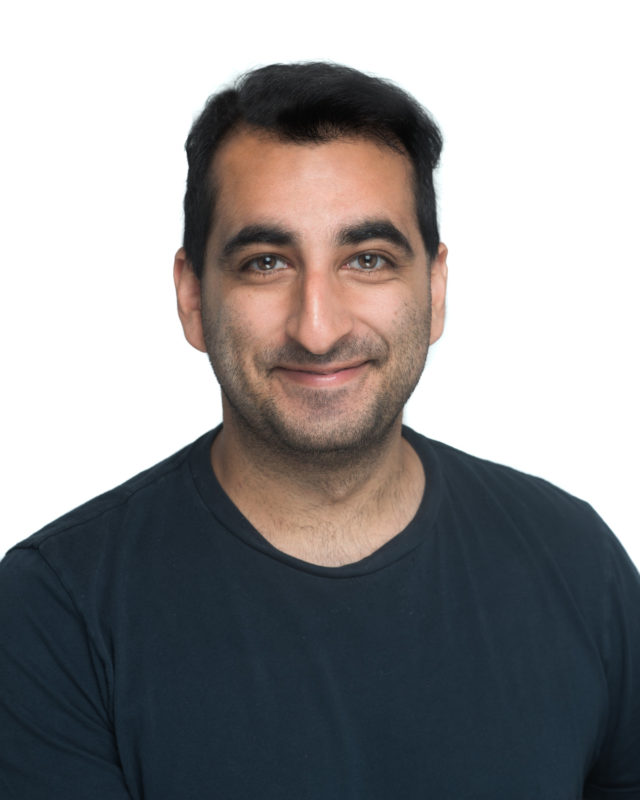 What challenges did you face starting off?


Yeah, it’s definitely been a multifaceted challenge, especially working through the stages of design. All those little details. And that’s been really our favorite part of the company is where we’ve never made the same shoe twice. We’ve gone through 40 prototypes. Now, each time we manufacture that, we’re just tweaking, tweaking, tweaking. And we’re just we’re very obsessive about it.

So, obviously, as a retail company you have a lot of competition. Can you tell us a little bit about the challenges you had to go through as a start-up so far? And what do you think are the ones that you’re facing right now?

Speaker 2: Yeah, absolutely. I think the hardest part for us was building the supply chain. So if you want to build something new, you can’t just go to a factory and say, OK, you make this, you know, give me options. You have to put together the supply chain to the R&D work with all the different suppliers that may not usually work with each other. And so that really requires to be on the ground, requires you to put in the work, build the relationships up, that that part was very difficult. And then I think the next part is really figuring out what you stand for and getting your story across and learning to tell that story. I think that’s a big thing that people don’t realize is so important for a startup. And from here, I think as we grow, it’s really about how we scale operations and meet maintain that the quality standards that we care about. How do we get really good talent in the door? I think those are some of the challenges that are in front of us that we’re excited about.

What was the go to market entry strategy?

We were fortunate. We were kind of right out of the gate. You know, we had this core audience of people that really philosophically are minimalists and that were being under served. We were serving them.

I guess your background in digital marketing was also very useful, so that you know how to reach different audiences through the different kinds of media channels that are available on the Internet.

Yeah, we had a head start there. I think we were able to do a lot of the stuff internally, and that was good. But I think the most thing about marketing is to think of the purpose behind what you’re doing and have a very clear message, to cut through all the noise out there.


So, yeah, it came together later. I understand a financing. I understand the marketing, the business stuff. I think the other great experience I had is when I worked as a community organizer for the Obama campaign, really not as a career thing is something I wanted to do in between jobs. And there I had knocked on five, six thousand doors, made thousands of phone calls. And that’s probably been the best experience for me, for a startup, because you’re just getting rejected and rejected all day. And so doing that was great because I think it made me a lot more resilient. I’m grateful for that.

Well resilience is the key thing for almost anything that you do. And there’s always more to come… So tell me a little bit like what are your challenges now as a company?

I think the whole world is our playing field right now. Luckily, we have new equipment that’s coming in. But our whole supply chain, every part of it was delayed for a while. So it was tough. And there are some other things that we recognize and we want to capitalize on. One thing that happened is the CPM, which is the cost of a thousand Facebook ads plummeted because all the banks were advertising. Airlines weren’t advertising. The movie theaters aren’t advertising. That’s a marketplace. The price depends on how many were advertised. Also in those early weeks, we found there’s a lot of consumption out there. People at homes that were doing a lot of online shopping, but the prices plummeted. So we sold a lot of our inventory quickly. We just upped the spend, offloaded it. And now it’s good, I think, because now we’re in this period where everybody else is discounting. We don’t discount. We don’t do sales. We just do one fair price. And so I think it perfect timing for us where we want to sell a lot of our inventory, acquire a lot of customers. And now by the time we get our inventory again, the world is kind of coming back to normal.

How much of your sales are online and how much you’re offline?

We’re only online. And in a way, not everyone, but a lot of online companies have benefited from the situation because people are at all and doing more of their shopping online anyway.

You raised money from 500 Startups, which is pretty impressive, and perhaps shows that you’re able to raise money from VCs. Why did you go for equity crowdfunding?

Equity crowdfunding was a way of really to get our customers involved. We had a few customers that had reached out and asked to invest. And one of our customers actually invested a hundred thousand dollars in us. The problem with traditional angel checks is they have to be of a certain size. Otherwise, like from a legal standpoint, adding too many investors to your cap table would get too expensive. The great thing about Republic is we can get our community involved, let them share the financial benefits, let them kind of join us on the journey and they can write small checks and become a part of class. And so for us, being able to create a community owned business was a no brainer because we want to engage our community always. They’ve been involved with our decision making from day one anyway. So, you know, why don’t we make it official?

Why now? What would be the incentive for investors to join you at this point in time?

I think we’re right at the beginning of a big growth period, so for us, we kind of validated the model we sold out. We did all this revenue. So I think now there’s a point where there’s a good inflection for us, where now we can we have this flywheel that works, that’s profitable for the product. People love labor brand people up. And it took a lot to put those things together. So I think for us, we this this was a point where we felt comfortable, like taking retail investors money, because you, I think, have to be really serious about when you’re going to take investors’ money and understand the risk that they’re going through. And we never want to lose anybody’s money. So I think for us, having proved all those things, now we’re really ready to scale. Now, that was why the timing was the way it was.

How do you see the future of Glyph? What are you aiming for over the next few years?

I think in a few years we want to be making more minimalist products, the most versatile products people can get. And in a few years we will hopefully have broken 10 million in revenue on an annualized basis. So I think there’s a lot in the pipeline.

Beyond that, for us, the higher level issue is around consumerism and our relationship with things we own. So we’re going to work finding ways to tackle that. And we started with shoes because I think shoes are part of our psyche. They’re part of identity. We judge each other on the shoes we wear. So we felt like if we could build a shoe around minimalism, we can start to change the conversation or we’re gonna continue to do that and further that any way we can.