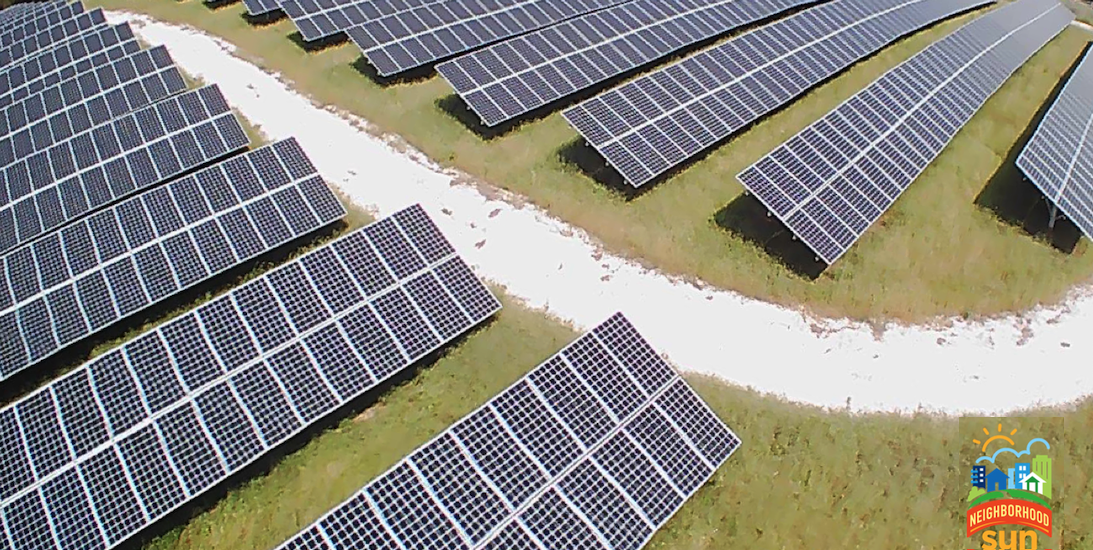 Neighborhood Sun is a platform that allows consumers to access the financial benefits of solar energy, without installing solar platforms on their property. Their projects allow both homeowners and renters to access solar power from a nearby community solar farm. Customers are allocated a share of the project and receive energy credits that they can put towards their existing utility bill. These energy credits reflect the number of kilowatts that the customer’s allotted share of the solar farm produces.

Based in Silver Spring, Maryland, Neighborhood Sun offers community solar opportunities in Maryland and New Jersey, with the potential to expand into new Midwest markets in the future. The company already has multiple solar farms up and running, with several more under construction. As a commitment to the communities they serve, Neighborhood Sun has also set up their Solar Neighbor Benefit Fund. This fund provides resources to help low- and moderate-income families reap the financial benefits of solar energy.

Neighborhood Sun is a certified B-Corp, meaning that its operations must adhere to environmental and social best practices and commit to ongoing transparency. As the solar industry grows, Neighborhood Sun faces the challenge of expanding its community solar farms while continuing to provide accessible energy to those who need it most. We spoke to founder and CEO Gary Skulnik to hear more about what led him to solar energy as well as Neighborhood Sun’s unique commitment to community well-being.

A Passion For Climate Change 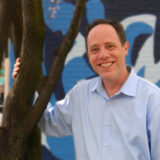 Skulnik has been working to fight climate change for over 20 years, both as an entrepreneur and as an advocate. He began this journey as a press officer at Greenpeace, where he was immersed in the concepts of climate change and sustainability.

In his position with Greenpeace, Skulnik was working all over the world to address environmental concerns. However, he really wanted to make a difference in his home state of Maryland and began volunteering to pass a clean energy law there. After three years of dedicated volunteer work, the law passed, and he began to explore his options in the clean energy space moving forward.

The Entrepreneurial Journey Began with a Mission

“I’ve always had an entrepreneurial heart, so I started a business. As part of my work in Maryland, I realized it was always the same dynamic. You had all the people I affectionately call tree-huggers on one side, and then you had businesses on the other, saying you can’t pass this bill, it’s going to destroy the economy. I started a business to show that a business can actually be a force for good as well, and not just opposing.”

That business was Clean Currents, a green energy supplier that grew to be a $22 million company. Although that company eventually went under, Skulnik was able to sell Clean Currents Solar to SolarCity, which was a major player in the US solar market. Skulnik took what was working at Clean Currents – “100 percent customer satisfaction, transparency, credibility” – and brought it to his next venture, Neighborhood Sun.

One of the most commonly cited challenges surrounding solar power is accessibility, specifically making solar power accessible to those who cannot install their own solar panels. Enter Neighborhood Sun – by opening up access to community solar, the company could potentially offer solar energy credits to anyone who pays an electric bill.

“Neighborhood Sun is my latest passion project because it combines fighting climate change and switching to clean energy by supporting local power. We need to build stronger communities, and the way to do that is to support local businesses and local energy. Community solar combines both of those,” says Skulnik.

A Refined Business Model and the Software to Back It

“In Neighborhood Sun, we’re not buying energy on the wholesale market, so we are not taking that risk,” says Skulnik. “But it’s a lot of the same customers. The people who were with Clean Currents were super happy and they were happy to join us now. I’m most proud of the fact that one of our biggest investors was also an investor in Clean Currents.”

Although community solar is becoming more prevalent throughout the United States, Skulnik believes a few different factors set them apart from other providers. “What makes us different is our platform, what we call the Sun Engine, is our software. We have an advanced user platform that’s better than anything else out there because it comes from two years of experience in the market.” This platform was designed to scale larger community solar projects. Skulnik also cites his highly experienced management team and the company’s highly-rated B-Corp status as part of what makes them different from other community solar providers.

Moving Forward: Challenges and Growth In The Solar Industry

Community solar differs in many ways from rooftop solar projects, and Skulnik says one of the biggest challenges has been educating their markets about these differences as well as the potential advantages of community solar. Neighborhood Sun’s community solar model doesn’t require any investment from customers and offers the potential for savings on their electricity bill right away. Neighborhood Sun’s biggest challenge has been communicating that to potential customers, says Skulnik.

“The value actually starts from day one. People save between 10 percent and as high as 30 percent on their electricity. But if people are financially hurting… I think people are more in the mindset of I don’t want to think about something new. That is unfortunate because I know this product would actually put money back in their pocket right away.”

Going National is the Vision for Neighborhood Sun’s Future

Skulnik’s vision for the future of Neighborhood Sun is to continue to scale up the company and bring solar energy to those who need it most. “We’ve got the team and platform to serve tens of thousands of customers, but now we have to get there,” he says. In particular, he’s committed to bringing solar energy to low and mid-income families. These communities could benefit the most financially from access to community solar, particularly in the midst of a recession.

“My vision for the next five years is that we will massively expand how many people are able to sign up for community solar in multiple states. We want to have hundreds of megawatts of projects and have a greater impact on the communities we serve through savings, cleaner air, and local energy.”