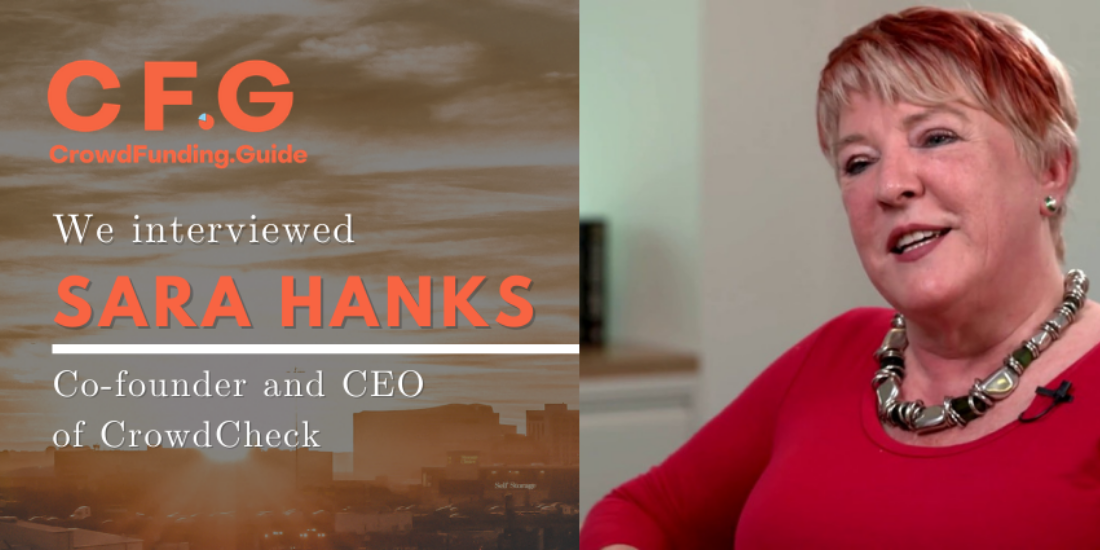 With over 30 years of experience in the corporate and securities field, Sara Hanks has led a career dominated by several reputable establishments and influential projects, including the bipartisan Congressional Oversight Panel, the Securities and Exchange Commission (SEC), the Partnership Council of the Clifford Chance law firm, and the Troubled Asset Relief Program (TARP). She is the CEO and co-founder of CrowdCheck, a leading legal firm specializing in equity crowdfunding, and a partner of CrowdFunding.Guide.

Having been involved in everything from advising on capital markets in Africa, Asia, Europe, and Latin America to leading the team that drafted new regulations on the capital raising process and the way non-US companies access US markets, Sara Hanks discusses the topics of law, compliance, and due diligence with impressive insight, humor, and ease.

CFG has partnered with CrowdCheck to bring greater peace of mind to our investors and entrepreneurs. CrowdCheck aims to decrease the risk of potential fraud and non-compliance complications by helping those involved with online capital formation navigate the disclosure, due diligence, and compliance aspects. As CEO and co-founder of CrowdCheck, Sara recently told us more about how CrowdCheck was first conceived over cocktails. She also shared her thoughts on some of the most recent changes in the regulations regarding capital financing. 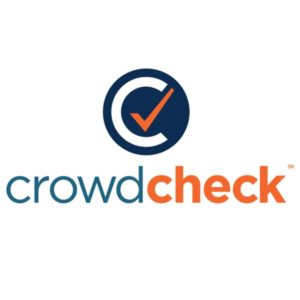 “After the Congressional Oversight Panel stood down, I became really interested in crowdfunding because of various bills going through Congress at the time. Over cocktails, a couple of friends and I realized there is a need for a trust layer that doesn’t say whether something is a good investment or not, but instead tells you if it’s legal for them to do what they’re doing.”

Inexperienced investors investing in inexperienced small companies over the internet: what could go wrong with that?

The first plan for CrowdCheck was then drafted on the back of a cocktail napkin and it started operating as the Jumpstart Our Business Startups (JOBS) Act came into effect in 2012. From there, CrowdCheck progressed from diligence to disclosure. Having been founded by securities lawyers, they still received many securities-related questions, which prompted the creation of CrowdCheck Law. Ultimately, CrowdCheck and CrowdCheck Law together provide a comprehensive range of legal, compliance, disclosure, diligence, and filing services for every entity involved in the crowdfunding process in the US.

Outlook on recent regulation changes in US

The SEC has recently announced upcoming changes to the exempt offering ecosystem in an attempt to improve access to capital, offer investors more opportunities, and maintain investor protection criteria. Among these changes are an increase in Reg CF funding to $5M, a raise of the Reg D maximum funding cap to $10M, and an increase of Reg A+, Tier II offerings to $75M. Most important of these is the change to the REg CF limits. When these changes come into effect, entrepreneurs will be able to raise up to $5M from unaccredited investors in online public offerings, way above the current limit of $1.07M.

Regarding these changes, Sara doesn’t expect too many ripple effects in the online capital formation landscape. “A lot of the proponents for the $5M limit said it would attract more and better companies and I guess we’ll see. The thing is, if you’re a tech company in Silicon Valley and you’re a second-time around founder who knows Peter Thiel and all of those guys, you’re not going to come to the crowd anyway. The people who come to the crowd are the ones who the crowd understands: the distillers, the coffee shops.”

Since the majority of startups that failed to raise even a quarter million USD through Reg CF campaigns last year, we wondered whether the raised limit on Reg CF offerings to $5M is not only ambitious but perhaps not entirely realistic. Sara agrees, adding that “there aren’t really enough investors to meet this demand and people may be disappointed, but I welcome being wrong in my predictions.”

…there aren’t really enough investors to meet this demand

According to her, the overall scope of rule changes was disappointing. “Instead of making the huge sweeping changes they were talking about at first, they opted for the low-hanging fruit,” she says. Something she regards as a more beneficial change, for example, would have been to allow more people to invest in funds that invest in a diversified portfolio of startups.

Why startups should aim for accredited investors

We asked Sara which regulation is the easier option for startups in terms of compliance. Sara says she thinks most equity crowdfunding startups will continue to prefer Reg D 506(c).

Rather than going for a thousand people who invest a few hundred each, it’s a much easier lift to get people who write bigger checks.

“So reaching out to accredited investors is always going to be a more attractive thing, which makes regulation D506(c) a very appropriate way of raising funds”, she explains. “The idea that there are some people who do not need the protection of registration, review, or filing with the SEC is a sound one; whether we’ve drawn the line in the right place, I don’t know.”

The definition of accredited investors

In addition to the funding limit changes made by the SEC, another change was the definition of an accredited investor. While each country has a different definition, most rely on that used in the US. According to the SEC, an accredited investor is an individual with an annual income above $200k (or $300K together with a spouse), or a net worth above $1M (jointly with a spouse, excluding the value of one’s primary residence), but some additional regulations apply.

When asked about the changes regarding the definition of an accredited investor, Sara says that it’s a start. As something that was supposed to be a proxy for someone who didn’t need protection, this definition was initially based on the availability of funds. According to her, it is a logical extension to that concept that a person has done enough research on securities to make up their own mind. “The SEC has left open the possibility of extending the definition even more via an easier route and one of the ways I think we’ll see that happen is that someone will develop a certificate of soundness in investing in early-stage companies,” she explains, referencing private entities like the Crowdfunding Professional Association (CfPA). “Adding something like this to the definition would get us back to the original concept, which is someone who knows what they’re doing.”

The year ahead in the crowdfunding landscape

Entrepreneurs are natural optimists who believe in their own ideas, which gives rise to downplaying risks and liabilities. Taking that mindset and making sure they say things that are objectively true is the real challenge.

About CFG and CrowdCheck

CFG collaborates with business entities to offer value to angel investors as well as startup founders. As one of our partners, CrowdCheck helps to ensure a safer, compliant investing process for both our entrepreneurs and investors. We are proud to have CrowdCheck as a partner and value their contributions in the areas of disclosure, due diligence, and compliance. Read more about CFG partnerships here.

previous
Dom Einhorn: Growing startups with a complete digital ecosystem
next
How to Invest in Real Estate Crowdfunding with Top Platforms in 2023