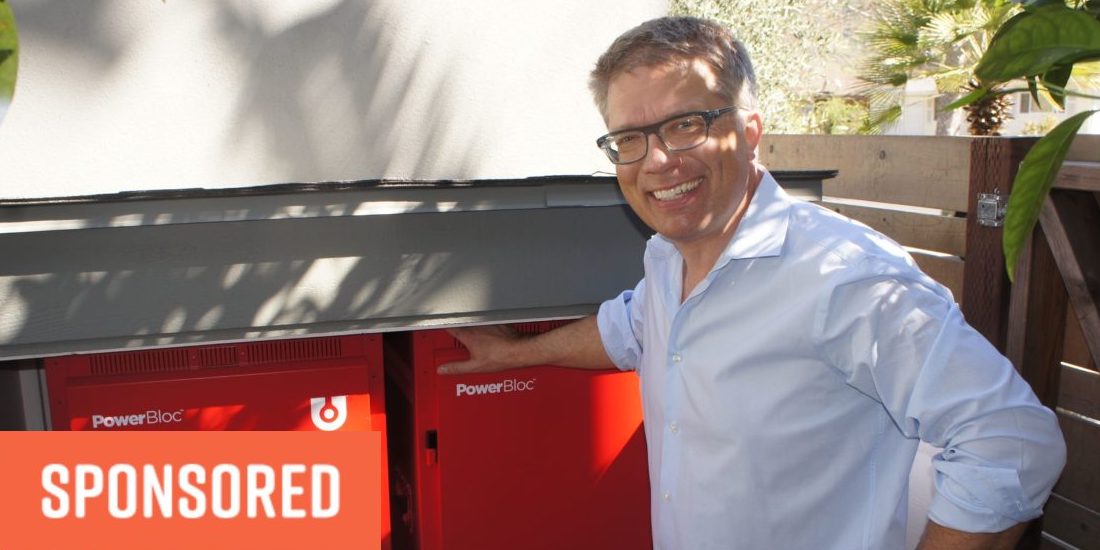 Equipped with several registered patents, backed by professional investors such as the MIT Angels, and led by an award-winning innovator with a successful exit, YouSolar is on a mission to democratize power supply and make solar energy a universal, efficient, and plug-and-play option that can run on or off the grid.

This interview was first published in June 2020. Since then YouSolar completed a successful, oversubscribed, equity crowdfunding campaign on StartEngine. They are now open for a small bridge round, for accredited investors only.

Many companies offer a solar-battery system that can store solar energy. But creating a solar+battery nano-grid that can also store and blend energy from multiple sources (including a generator) and do so efficiently is one of the most significant challenges of the solar energy industry. One Bay Area startup claims to have solved it. We spoke with Dr. Arnold Leitner, founder, and CEO of YouSolar.

A Track Record of Success in the Solar Energy Sector

“I have been in solar since 1993. I began as a student in a research program on Cadmium Telluride thin-film photovoltaic cells, which is, of course, the technology used today in First Solar’s photovoltaic panels,” tells us Dr. Leitner.

“After ending up doing a doctorate in superconductor physics, I found my way back into the energy sector. I joined an energy consulting firm and was very successful in that firm. I created a database product that was a big commercial success. Later, I founded my first company, which was called “SkyFuel.” Its goal was to arbitrage natural gas with solar thermal energy at large combined cycle power plants. After a period of successes, we sold the company to a Chinese conglomerate.”

“After my first company, I asked myself, ‘What’s the next major opportunity in the solar sector?’ I decided that we needed to unleash the power of solar worldwide without any limitations. So, I set out to build the ultimate solar-battery system to can do anything you want and work anywhere.”

The result is the PowerBloc™, a modular, scalable and customizable solar battery that’s expandable to include any power source, even a generator. It’s a plug-and-play system comprised of modules, called “blocs.” A bloc can either be a solar panel, a battery, an inverter, or anything of the sort,” says Leitner. 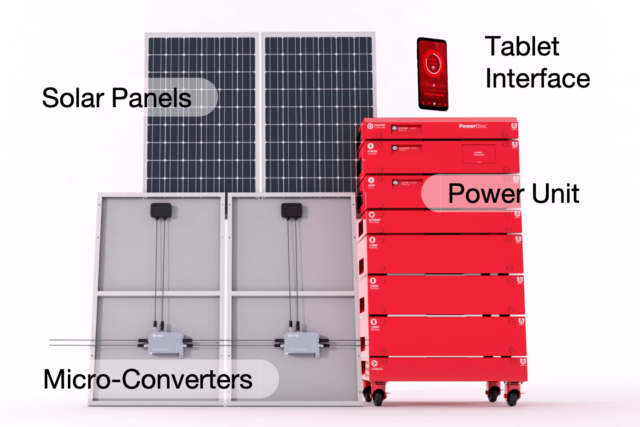 “All blocs are in parallel, and ‘orchestrated’ by the controller. So if one battery is empty, the controller will pull more from another one. All with one singular goal, to deliver constant power to the inverter.”

The PowerBloc™ is powerful enough to serve as an alternative for a 25-kilowatt generator. And it is much more efficient and cheaper. We also built PowerBloc for safety. Its core power architecture is the emerging 380 V DC standard, which you also find in electric vehicles, commercial LED lighting or server farms. When the user pushes the emergency stop, the high potential goes away in seconds. ”

What are the challenges you are facing as a startup?

“Look, merely having solar power or a battery doesn’t mean much. What’s more important is making all its components and accessories come together and deliver up to 50 kilowatts of peak power. Delivering a high-power, plug-and-play system that is very safe was the technological challenge we faced.”

“We decided to start from scratch and design everything ourselves so that every component is customized and compatible with the other components from the core. 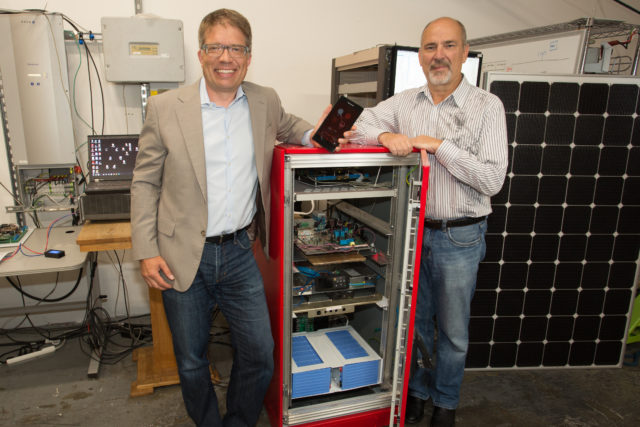 But we did not only build a compatible system but best-in-class power electronics. Our powerful 16 kW inverter with 32 kilowatts of peak power is about ten times lighter than other products with the same power level. We have complete control of our intellectual property, which is protected by issued patent including a patented plug-and-play cabinet with an internal air chimney for easy shipment and one-person installation.”

A Call to Join in at an Inflection Point

“YouSolar is at an inflection point, as it has reached the go-to-market phase,” Leitner explains. “After years of engineering, we’re ready to take the PowerBloc to market.” The PowerBloc has had its successful proof of concept for over nine months now at an off-grid house in California. We are now going to market with the first sales already in place. We see substantial growth, and we believe it holds an enormous opportunity for those that believe in our product and market vision and want to join us. We have raised funds from angels and professional investors such as the Massachusetts Institute of Technology (MIT) Angels of Northern California. But it was vital for us to accept investments from the public as we believe that many of our investors will also come forward as customers. We want to learn from their needs and get their input on features. It is already happening, and our pipeline is snowballing.

YouSolar is pleased to announce we’ve closed on $1.07 million of equity crowdfunding that we raised from our wonderful investors during our oversubscribed campaign on @startenginela. Read about it here https://t.co/EXjtrwisQj #solarenergy #powergeneration #scienceandenvironment

US expansion plans and an eye on developing markets

“We want to deliver reliable and affordable power to customers in California and elsewhere in the US who experience power cuts and want a system that allows them to control their power. We also see huge potential demand outside the US in the developing world. The developing markets are in real need of reliable, scalable off-grid solutions. We already established partnerships in some of them, such as Indonesia and India. Our vision will make solar ubiquitous across the world, unleashing its potential for reliable and environmentally sustainable power for everyone. We invite anyone who believes in our vision to join as a shareholder.”

previous
How to Select the Best Startups to Invest In
next
CityZenith: AI-Based Digital Twins for Sustainable Urban Projects at Scale

Meet Accredited Investors. Take your fundraise to the next level with Native Lead. Promo code: CFG10