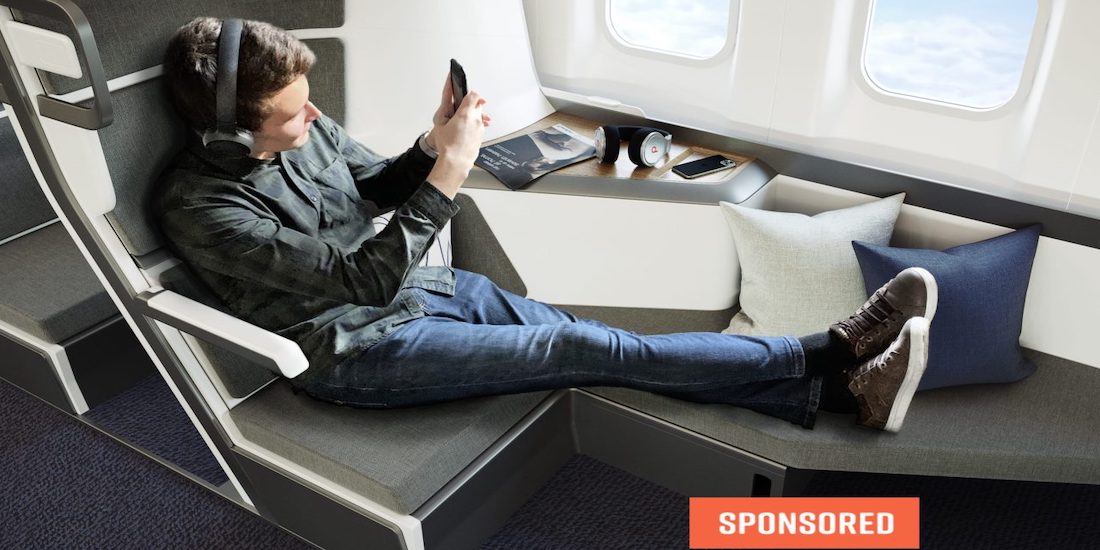 Zephyr Aerospace is a startup on a mission to change the experience of long-distance flights. It is featured on “Meet the Drapers” and has attracted public attention by addressing an issue many can relate to. We spoke to founder and CEO Jeffery O’Neill.

“I was traveling a lot after my graduation,” O’Neill recollects. “Later I became a foreign service officer for the U.S. Department of State in Mongolia. I subsequently followed the U.S. ambassador to South Korea and to Southeast Asia. All that time I had to go through the discomfort of long flights, and I was interested in fixing that experience. The first company I founded was a consulting business teaching companies and individuals how to earn, kind of redeem frequent flyer miles and how to optimize every part of the travel experience from hotels to flights to having a better experience for less money out of pocket. And that ultimately drew me into coming up with the concept for Zephyr, because I found myself always traveling on long-distance flights and wondering why was so much more expensive to upgrade to the seat that had a bed. You know, what could we do about accessing that level of comfort for economy class travelers at a more affordable price?”

“So Zephyr was developed with one mission in mind is to make in-flight sleep more affordable. And the way that we started to do that was really very simple. We looked at the evolution of airline seats, which have come a long way from 1960 during the days of the Pan-Am Clipper flights between New York and London and Paris, for example, where people really had a sense of pride when they got to the airport when they boarded a flight. They dressed up. They were very elegant. Even in economy class, it was a very humane and very delightful experience.

Well, ultimately, what’s happened now is the economy class travelers nowadays really experience very high-density seats with no or limited legroom, virtually no access to recline their seat to a comfortable position and dealing with all the stress and hassle of traveling through busy airports, dealing with security, mediocre food, very bad service. It’s just not what it used to be.”

Innovation is the key

“So Zephyr is bringing a new kind of seat. We are addressing the premium economy class seats on the aircraft, and aim to change the experience there altogether.”

What are the challenges you have been facing as a startup?

“So the most difficult challenge from a design standpoint was to find a way to configure the seats where there would be no loss of seating density. So once we figured that out, we knew we had to have two levels of seating because there’s very limited space inside the plane. And we wanted to maximize the comfort. 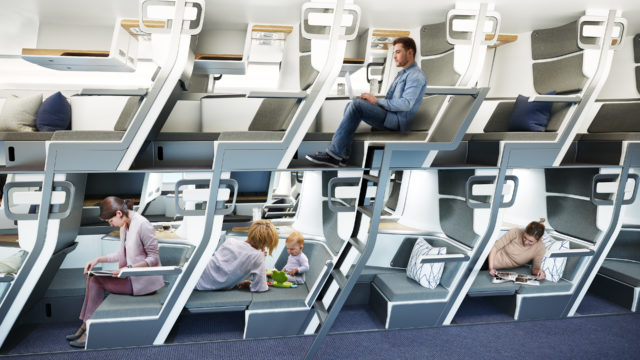 “And because this seat has to be certified by the Federal Aviation Administration, it has to go through official safety certification. So we’re attempting something that’s very new and therefore very challenging for the authorities to certify. But we’ve solved the main issues, which are if the seat is too heavy, that presents a big risk for the airline in the event of an emergency or a crash landing. And we’ve also solved the issue of density by allowing every passenger access to the aisle. They can actually evacuate the airplane as quickly as a business class traveler could in the forward part of the plane. So we’ve made that part a little bit easier, but it’s still incredibly challenging because we’re doing a lot of things that have never been tested before in commercial aviation.”

Are there other companies that are offering other solutions for air travel seating?
“Yes, we do have a number of competitors out there. They all focus on different product lines. Most manufacturers focus on more high margin seats, which would be business class and first-class seats. But we’ve seen so much innovation there. And quite frankly, the airlines are actually removing first-class from many of their aircraft and not beginning new business class seating programs because there’s no need. There’s no demand. Those tickets are very expensive. So we feel that the opportunity is very good for us to innovate in economy and premium economy class seating where there has actually never been any innovation and in some cases, negative innovation. So we feel that that’s the next frontier in program investment that the airlines will consider economy, class, capital expense, and an improved and enhanced product.”

Addressing some of the pressing issues in the airline business

How is the current situation in the airline industry, which is obviously hit very badly, affecting your journey?

“Actually, we think it might be a better opportunity for us to have discussions with airlines. It’s true that it might delay our ability to get financial backing from the airlines due to their financial difficulties. But you have two things that airlines are focused on now. The first is to maximize revenue on every single plane. But beyond that, safety and health have now become the most important factors for travelers today. And the Zephyr seat actually offers one thing, which is the most important, which is complete privacy. There’s no one seated next to you. There’s no one that you think that you’re forced to interact with. Your personal real estate is not impacted by someone moving around the cabin. You have your own access to the aisle, your own seat, your own environment to do what you want. And we believe that’s going to be the next generation of just smarter, more health-conscious travel. We think people will prioritize that and make an investment in that experience when they travel again. And so we hope that the international airlines will find a reason to engage in conversation with us, because we think we’re offering not only a better in-flight experience but a safer, healthier, more socially dist. compliant environment for travel.”

An investment from “Meet the Drapers” spurs an equity crowdfunding campaign

“Tim Draper, who’s based in Silicon Valley, was one of the original, what they call angel investors in technology and hardware companies from the 90s, actually. So he’s been around for a long time. He also has a startup university that teaches people how to be entrepreneurial and start their own businesses. And I was drawn to apply with my product and pitch to this show, which I did film. I actually won first place for my cohort on the show. Meet the Drapers’ partnership with Republic is what led me to then launch an equity crowdfunding campaign.

This week on @meetthedrapers, watch Founder #JeffreyONeill, of @zephyrseat, who introduced their semi-private economy seats, allowing ANYONE to lie flat & sleep at 30,000ft!
— TIMES NOW (@TimesNow) May 18, 2020

“So this is my first time seeking capital in the form of micro-investment from ordinary people, perhaps customers of the Zephyr seat in the future. And so there’s a lot of things to learn, but a lot of great exposure. But I think the most important thing about this, this concept or this hardware innovation is everyone in the world can relate to everyone. We see that travelers from literally everywhere, from India to Malaysia to Chile, understand that something has to be done to improve the quality of long-distance air travel. And if we could get behind a movement to make air travel better, we feel this is a very compelling product for airlines to consider.”

What do you see as future opportunities for Zephyr?

“In five years from now, I expect us to be certified for commercial air travel and to have a license to be manufactured and installed on the Boeing triple seven and the Airbus A 350 aircraft. The top five longest non-stop flights in the world are what they call ultra-long-haul. Every flight is over 17 hours long. And we think if we can introduce the Zephyr seat on those, that would be the biggest opportunity and contribution to the industry and to, I think, generally better and more humane air travel in general.

I also expect at that point that other modes of transportation will be of interest to Zephyr. This would include long-distance buses or train travel or perhaps even for the military. We see a lot of applications where the U.S. military could more comfortably and safely transport troops and officers between different bases around the world. So in five years, we want Zephyr to become commonplace in front of every company that operates long-distance travel.”